Hit enter to search or ESC to close

This are real testimonials from captains and distributors 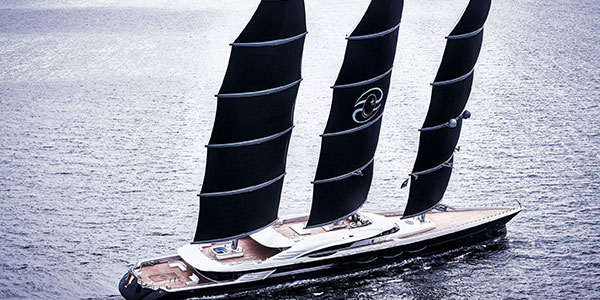 iShine had been my go to solution for old and damaged paint for many years when we realised that what we should be doing is putting it on new paint right from the start. We have done so and the intervals between paint jobs have been greatly increased. Because of this, I believe iShine has a significant environmental benefit as we all know how many plastic products are involved in a large yacht’s full spray job. Using iShine gives us a good feeling and a sense of satisfaction that we are doing something to help reduce plastic waste in a significant way. Benoit and his team are the best in the industry and I will continue to use them in the future. 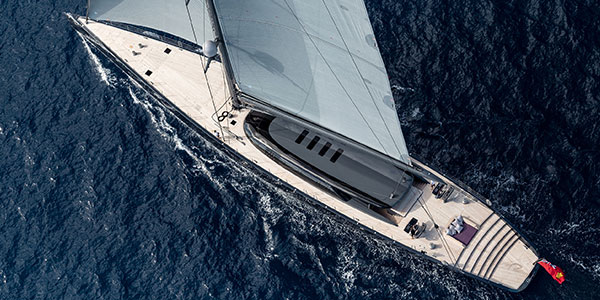 Benoit, Sara and the team iShine as usual have done a magnificent job for us on Anatta. Our paint is nearly 8 years old and needs constant attention. using their services we managed to squeeze yet another season out of of the deteriorating paint. Once again thanks for fitting us in at short notice and doing an outstanding job. 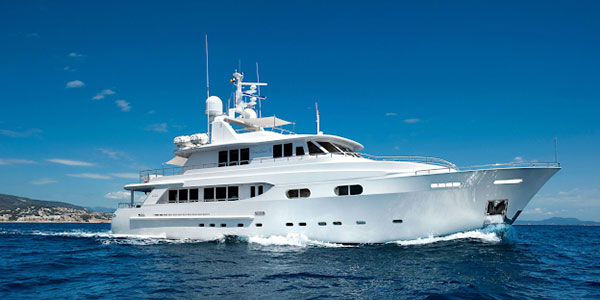 I’ve been using iShine products for 3 or 4 years now and I used a hard ceramic clear coat previously (from another company), which was an absolute nightmare to remove and switching to iShine’s iCeramic was definitely a good move as it’s the most easiest to remove. We have just completed a second cycle of the hand applied iShine iCeramic on the entire boat and despite being over 7 years old, the gloss is still very good and makes rinsing and washing the boat much easier. Comparing the cost of a light polish and fresh ceramic every 18 months to the coat of respraying is a no-brainer and in the future I’ll start the application on fresh paint only with the iShine iCeramic, which will prolong the life of the paint even more. 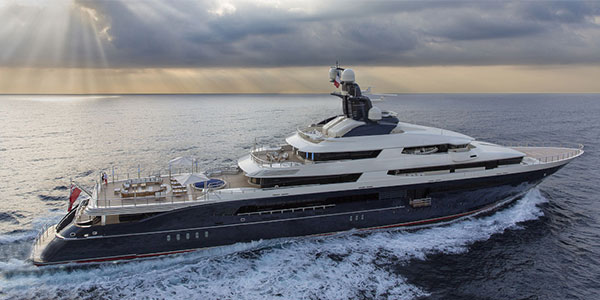 I recently used Ishine whilst alongside in Langkawi, Malaysia. Having known Ben for some years I knew he would be open to a challenge – that challenge was to polish up a blue hull that had not been painted for several years and had literally gone from the freezing waters of Greenland to being baked in SE Asia – enough to take its’ toll on any paint job. Ideally I would have re-painted the hull however as the Yacht was up for sale that option was not on the table. With limited resources available to me including a strict budget and time line I asked Ben to supply some of his products and to come over and train my deck crew on how to polish for 5 days.

As always Ben was super enthusiastic and set about the task with enviable vigour. The polishing make a huge difference and the crew clearly enjoyed learning a new skill – definitely more to it than most of us thought. During his time on board we managed to complete large sections of the transom and aft areas of a 91 metre hull but since he departure the crew have been able to continue polishing and transforming the hull. Ben is undoubtedly an expert in his field, his effort and energy transmit through the crew and his persistence and work ethic were greatly appreciated by the crew. I would strongly recommend both the product and Bens’ services as a trainer – money well spent at a fraction of the cost of a repaint.

This letter is to confirm that iShine Coatings carried out a polish and 5-micron ceramic application treatment to Globas’ hull in October/November 2020.
This is the third time that I have had Benoit and his team at iShine Coatings polish a substantial part of the vessel and apply ceramic coatings on two of the owner’s vessels.
The owner understands the longevity the ceramic coating gives the paintwork and the cost effectiveness of having the treatment applied every 2 years, prolonging the need for a full paint job and maintaining the yachts paint gloss year in year out.
We have carried on using Benoit as he has a personal approach to the project and always goes the extra mile in making sure that all of the crew are happy with the finish he is producing.
Benoit will finish the project only when all parties are fully satisfied and over the years he has returned to carry out any warranty work associated with the ceramic coating.
I look forward to seeing Benoit every time we return back to Palma and working with him and his team at iShine Coatings in the future.
I would recommend his services to other yachts looking to apply a ceramic coating.

“Pinmar Yacht Supply has been in the market for more than 40 years and it deals with high class Products companies, such as Awlgrip, Epifanes, 3M, West System, Alex Seal, Jotun, International, Sika, Teak Decking Systems amongst many others. We work with iShine and we are very happy with the quality of their products and with their service. We do recommend them; in general they stand to their word and their products do the job”

“We are dealing with iShine since the beginning. Every year we can see our sales rise. Our clients talk to each other and more and more often crew and yachts want this product only. As iShine is a professional polishing company and not a laboratory you can see how well tested the products are. The results obtained are excellent according to our clients. I strongly recommend to any distributor or Ship Chandler to trust the iShine brand. Dealing with them is a pleasure within delivery, pricing, and discounting.”

“The iShine product line has had a great acceptance in the nautical, by the collaboration of the professional team headed by Benoit Delan and its applicators that have introduced the brand. I definitely recommend the product line for both distribution and professional application”

Please note that the transport costs may vary in the case of products that are classified as dangerous goods (iCeramic and SiO2 Glass). To receive the exact transport costs, please contact: info@ishinecoatings.com.